Nintendo has long striven to be the most family-friendly of game consoles. Its user base tends to skew younger and its attempts to ensure its offerings are welcoming and non-offensive have produced a long string of moderation decisions that have mostly, to this point, only affected game content. Many of these changes were made to make games less offensive to users outside of Nintendo’s native Japan.

Nintendo’s most infamous content moderation involved a port of the fighting game Mortal Kombat. While other Sega (Nintendo’s main rival at that point) console owners were treated to the original red blood found in the arcades, Nintendo users had to make do with a gray colored “sweat” — a moderation move that greatly cemented Nintendo’s reputation as a console for kids. 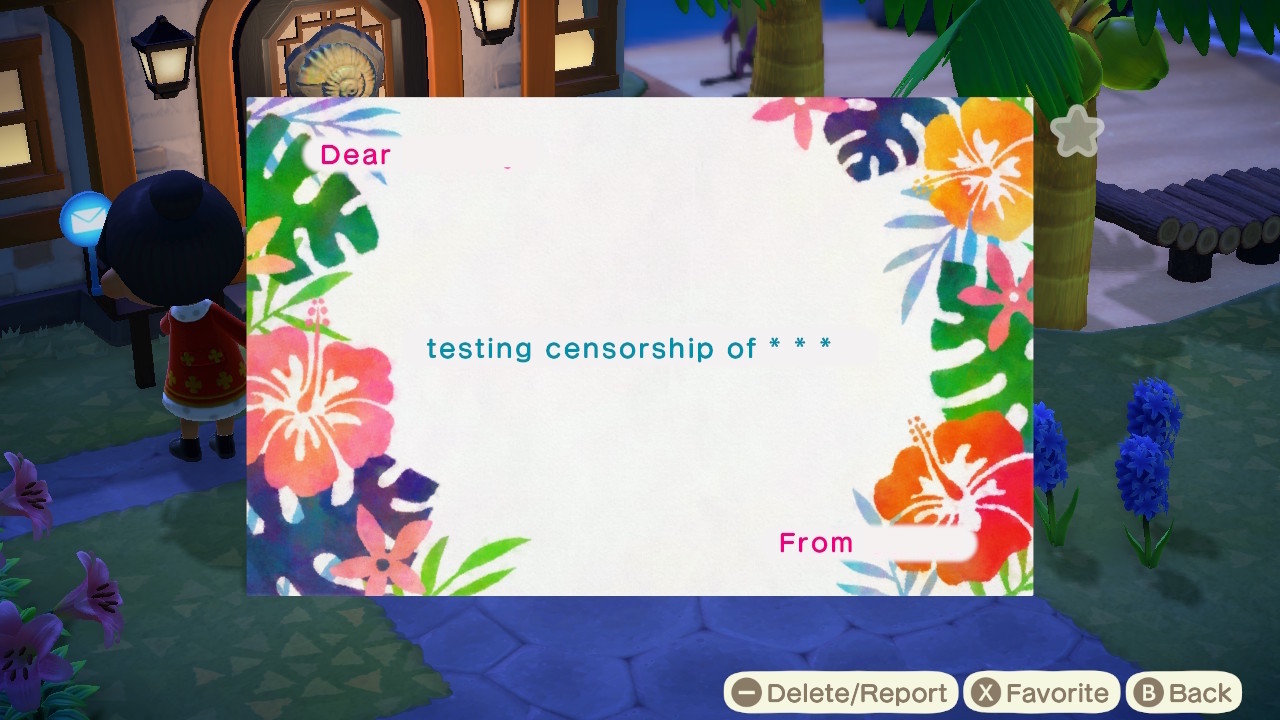 Nintendo still has final say on content that can be included in its self-produced products, leading to contributors finding their additions have been stripped out of games if Nintendo’s moderators feel they are possibly offensive. While Nintendo has backed off from demanding too many alterations from third-party game developers, it still wields a heavy hand when it comes to keeping its own titles clean and family-friendly.

With the shift to online gaming, came new moderation challenges for Nintendo to address. Multiple players interacting in shared spaces controlled by the company produced some friction between what players wanted to do and what the company would allow. The first challenges arrived nearly a decade ago with the Wii, which featured online spaces where players could interact with each other using text or voice messages. This was all handled by moderators who apparently reviewed content three times before allowing it to arrive at its destination, something that could result in an “acceptable” thirty minute delay between the message’s sending and its arrival.

Thirty minutes is no longer an acceptable delay, considering the instantaneous communications allowed by other consoles. And there are more players online than ever, thanks to popular titles like Animal Crossing, a game with social aspects that are a large part of its appeal.

While it’s expected Nintendo would shut down offensive and sexual language, given its perception of the desire of its target market, the company’s desire to steer users clear of controversial subjects extended to a worldwide pandemic and the Black Lives Matter movement in the United States.

Here’s what gaming site Polygon discovered after Nintendo issued a patch for Animal Crossing in September 2020:

According to Nintendo modder and tinkerer OatmealDome, Ver. 10.2.0 expands the number of banned words on the platform, including terms such as KKK, slave, nazi, and ACAB. The ban list also includes terms such as coronavirus and COVID. Polygon tested these words out while making a new user on a Nintendo Switch lite and found that while they resulted in a warning message, the acronym BLM was allowed by the system. Most of these words seem to be a response to the current political moment in America.

As this report from the Electronic Frontier Foundation notes, Nintendo often steers clear of political issues, even going so far as to ban the use of any of its online games for “political advocacy,” which resulted in the Prime Minister of Japan having to cancel a planned Animal Crossing in-game campaign event.

Nintendo continues its blocking of these terms, apparently hoping to steer clear of controversial issues. While this may be at odds with what players expect to be able to discuss with their online friends, it remains Nintendo’s playground where it gets to set the rules.

But, as the EFF discovered, moderation could be easily avoided by using variations that had yet to end up on Nintendo’s keyword blocklist.

Written by The Copia Institute, October 2021