In early May 2021, writer and researcher Mariam Barghouti was reporting from the West Bank on escalating conflicts between Israeli forces and Palestinian protestors, and making frequent social media posts about her experiences and the events she witnessed. Amidst a series of tweets from the scene of a protest, shortly after one in which she stated: “I feel like I’m in a war zone.” Barghouti’s account was temporarily restricted by Twitter. She was unable to post new tweets, and her bio and several of her recent tweets were replaced with a notice stating that the account was “temporarily unavailable because it violates the Twitter Media Policy.” 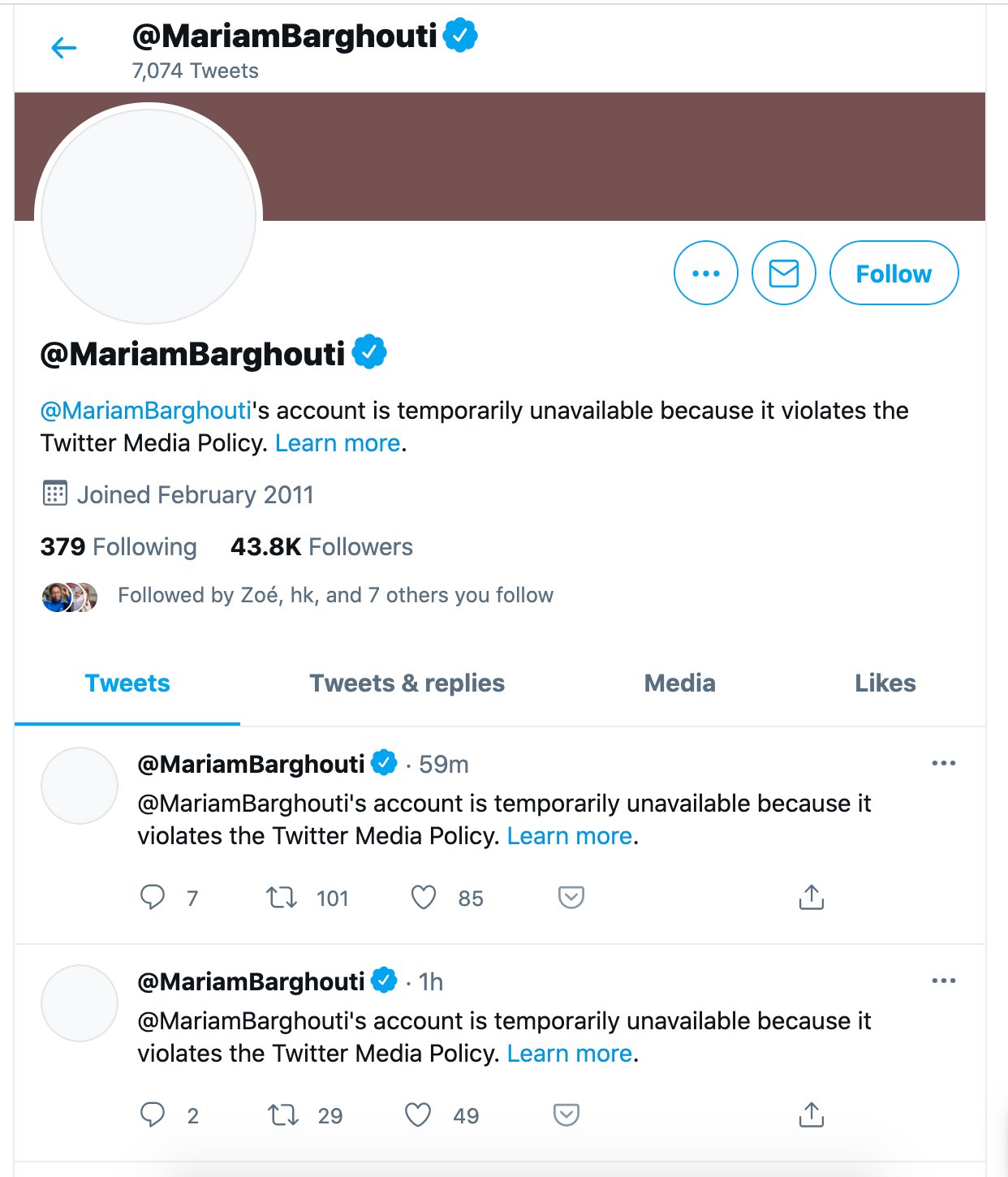 The incident was highlighted by other writers, some of whom noted that the nature of the restriction seemed unusual, and the incident quickly gained widespread attention. Fellow writer and researcher Joey Ayoub tweeted that Barghouti had told him the restriction would last for 12 hours, according to Twitter, and expressed concern for her safety without access to a primary communication channel in a dangerous situation.

The restriction was lifted roughly an hour later. Twitter told Barghouti (and later re-stated to VICE’s Motherboard) that the enforcement action was a “mistake” and that there was “no violation” of the social media platform’s policies. Motherboard also asked Twitter to clarify which specific policies the tweets were initially believed to have violated, but says the company “repeatedly refused.”

Though the account restriction was quickly reversed by Twitter, many observers did not accept the company’s explanation that it was an error, instead saying the incident was part of a broader pattern of social media platforms censoring Palestinians. Barghouti said:

“I think if I was not someone with visibility on social media, that this would not have garnered the attention it did. The issue isn’t the suspension of my account, rather the consideration that Palestinian accounts have been censored generally but especially these past few weeks as we try to document Israeli aggressions on the ground.”